Sunday into Monday Willie Ewing from Grand Rapids set the world record for the longest distance ridden by a single rider/sled in 24hrs at 2,104 miles. He did it on a 2022 AC Thundercat with a Yamaha four stroke turbo 998CC motor (basically the same sled as a 2022 SRX). See more on him and his record run here: 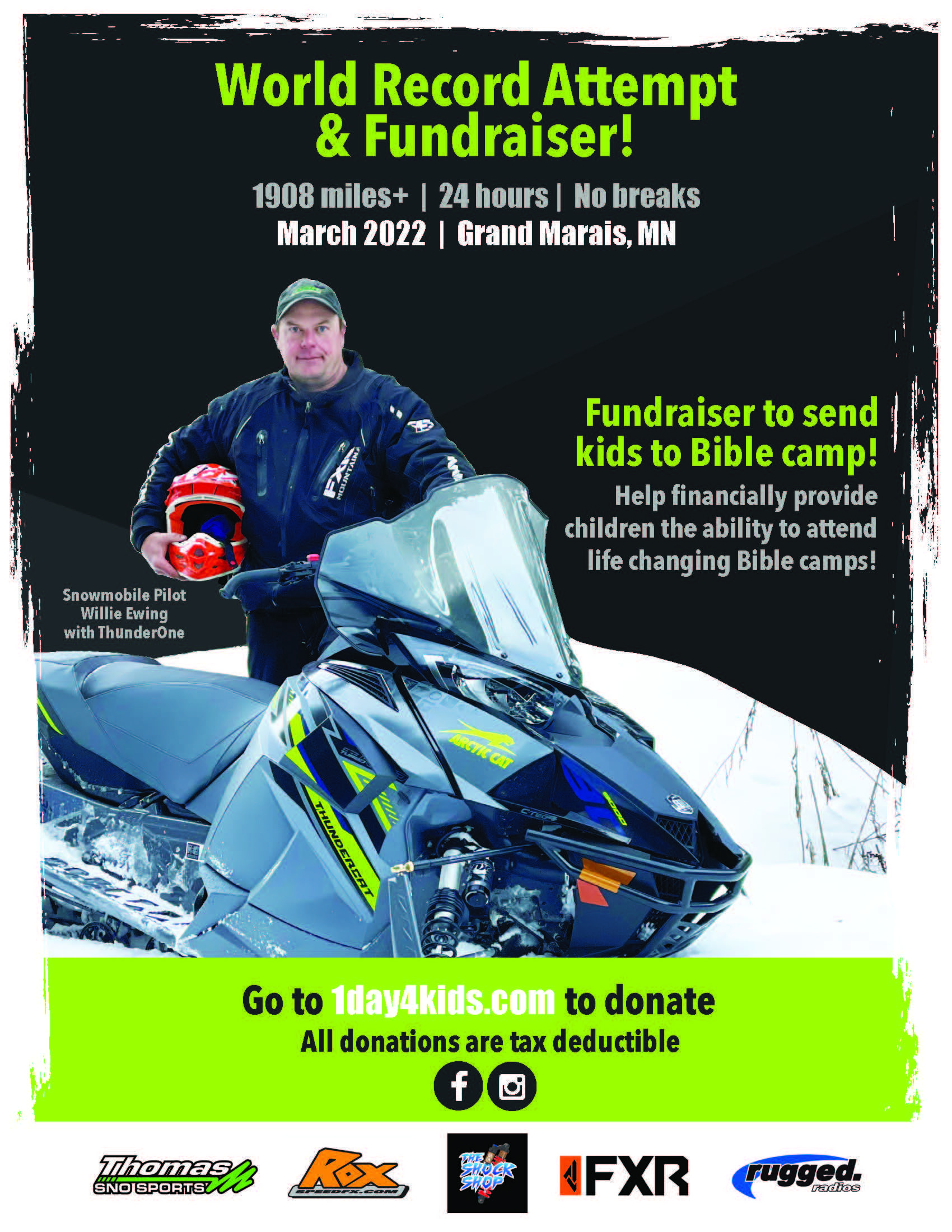 Willie Ewing has been involved in snowmobiles and snowmobile racing for over 30 years and has decided to put on a fundraiser to help raise money to send underprivileged kids to a summer bible camp,

that’s impressive 87.66 average he has to be hauling butt considering he had to stop for gas at least 20 times

"To complete the record, he had to use a second snowmobile due to mechanical failure."

pdiddy said:
"To complete the record, he had to use a second snowmobile due to mechanical failure."
Click to expand...

That was the previous record holder:

"For this fundraiser, he is going to be attempting to break an existing Guinness world record, of miles put on a snowmobile by a single rider, in 24 consecutive hours. Willie and his team are planning to start this ride mid-day, and will be running 24 hrs. Straight through the night, into the following day. The current world record is 1908 miles in 24 hours. This was set 10 years ago in Canada, by a gentleman riding an 800 E-tec Ski Doo. To complete the record, he had to use a second snowmobile due to mechanical failure. Willie is planning to make this attempt on a 2022 Arctic Cat Turbo 4-stroke Thundercat. He will also have a spare sled on hand, in the event of mechanical failure."

I bet it needs a top gear bushing by now. LOL

pdiddy said:
"To complete the record, he had to use a second snowmobile due to mechanical failure."
Click to expand...

I skimmed the article too fast and my reading comprehension couldn't keep up!
W