Several members of the forum are aware of my problems I have had with the header I originally chose to go with. This season after getting less than 500 miles on the header, I finally bought a second one. After replacing the bellows on the original header I had 4 times it has become pretty routine for me to replace it... however the new one wouldn't pull together at all... In fact I broke the V-band clamp trying to pull it together with the header just on the studs on the head of the motor. 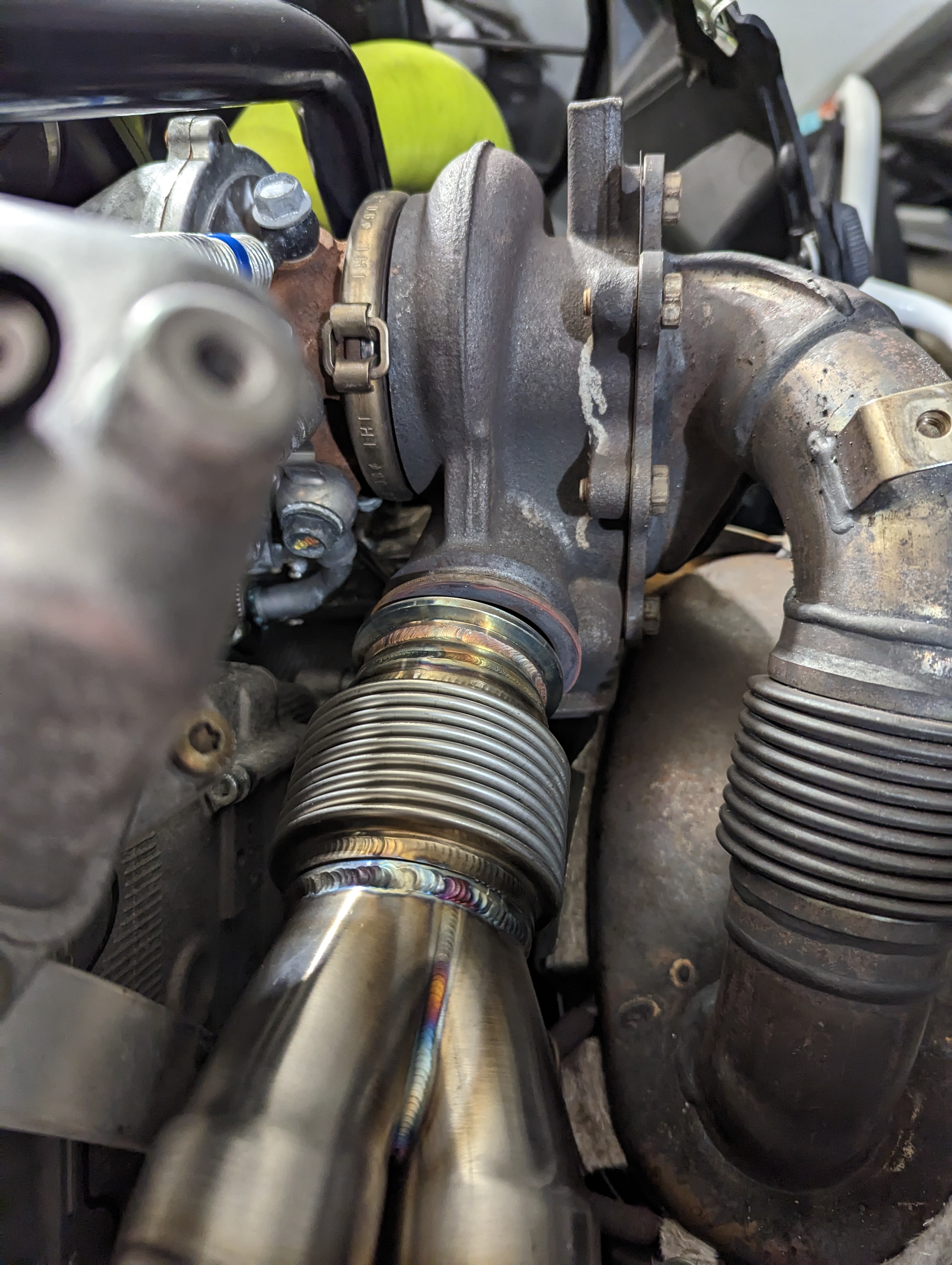 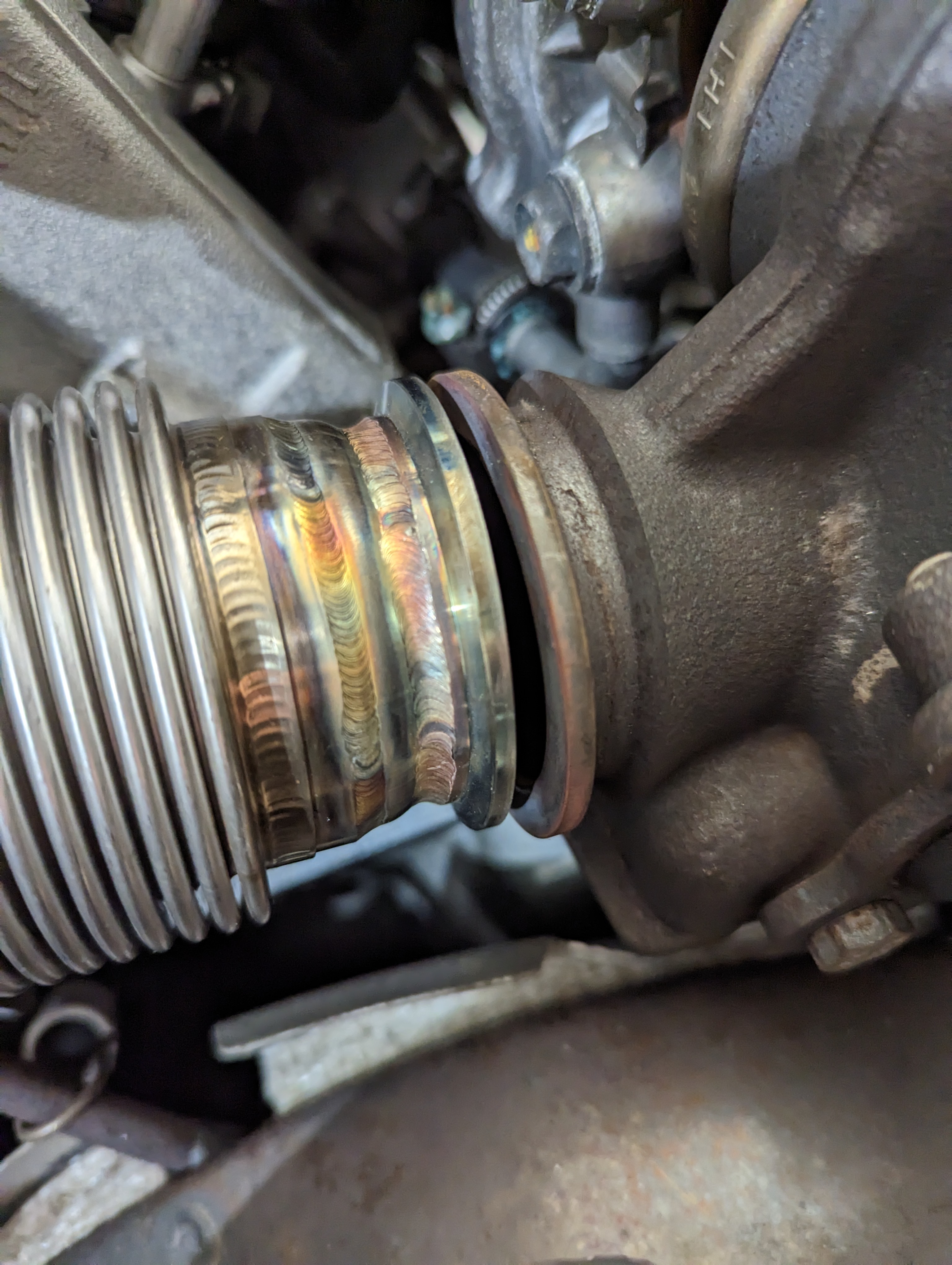 After poking around, there was something that had moved in the sled. As I have not had excessive belt failures. The sled will happily do >10 miles at >100mph, I tried to blow the belt at the end of last year and ended up blowing the header. This is proof to me that the engine is in the right place, otherwise the belt would have never survived the abuse I put it through.

This means that the turbo had to be moved by the amount you see above. Unfortunately I haven't been able to find what actually is moved, the chain case appears to be in the right spot (back of the turbo mount bolts to the chaincase). And after loosening the entire pyramid up and going to town with some ratchet straps I was unable to get the turbo to line up with the new header.

What I ended up doing is modifying the turbo mount bracket to line the turbo up closely with the header and let the bellows take the last 1/16" up.

This is the alignment I plan to run for the rest of the season. I will update at the end of the season on if the header survived or not. (earlier if it fails this season) 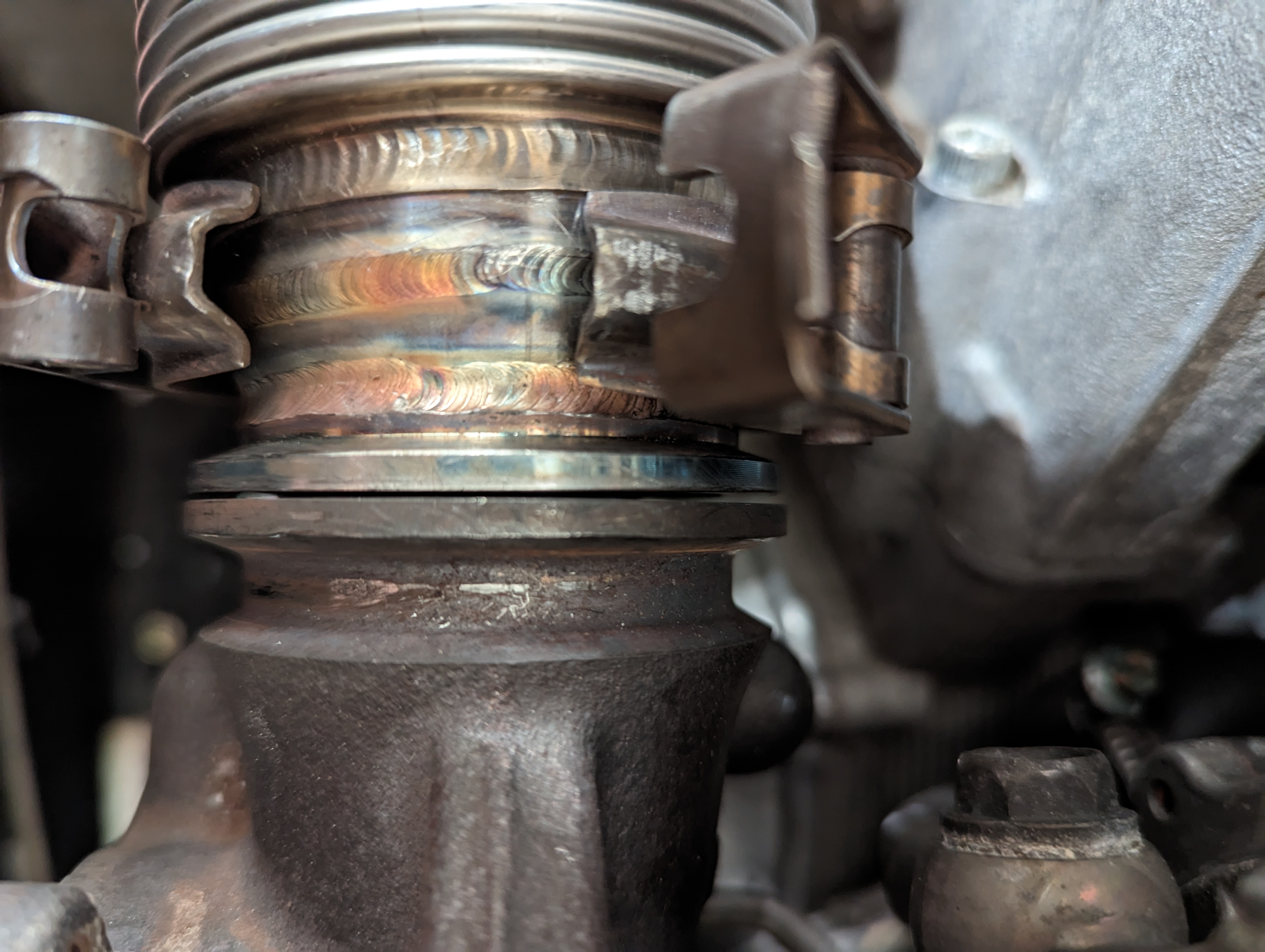 All I did was pull the header bellows slightly to mate with the turbo flange , never had an issue

my bellow blew last year and TD replced with the braided one... hoping it lasts longer
N

A lot of cheap bellows out there

I keep telling you to stay off the rough trails lol..
You must log in or register to reply here.